New Castle, PA is officially known as the “Fireworks Capital of America”. Each year we host a large Fireworks Festival in honor of this.

Two nationally recognized companies are credited with making New Castle, PA the “Fireworks Capital of America” – Zambelli Fireworks Internationale and Pyrotecnico both got their start in the mid 1800’s in Lawrence County (which was once the largest producer of fireworks in the world.) 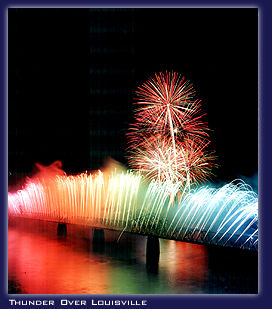 Proudly known as the “First Family of Fireworks,” Zambelli is one of the oldest and largest fireworks companies in America. Today, the family name is synonymous with quality, creativity and safety.

The magic of Zambelli pyrotechnics has been televised around the world, on “MSNBC Investigates”, the Odyssey Network, the Discovery Channel, The Learning Channel and the British Broadcasting Company.

Fireworker Antonio Zambelli ventured from Italy in 1893 to establish the Zambelli Fireworks Manufacturing Company in New Castle Pennsylvania, which was to become a center for America’s fireworks industry. Building on the grand tradition Antonio began, subsequent generations of Zambellis are now known worldwide for setting the industry standard in design and technology — then exceeding it.

The dreams, dedication and precision infused into the business by Antonio have been passed on from father to sons and daughters to the fourth generation of Zambelli children, who now carry on the family tradition. Our family and our year-round professional staff of technicians, designers, office staff and administrators are here to assist and guide you in the development and implementation that is specific for your firework’s event. With both outdoor and indoor extravaganzas, Zambelli Fireworks has changed the face of the fireworks industry. 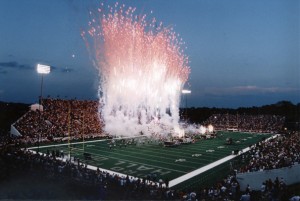 It all began with Constantino Vitale when he founded his fireworks company in 1889. A company that for more than a century passed on the rare art of pyrotechnics from generation to generation, from Italy to America.

In 1922, the Vitale Fireworks Mfg. Co. was incorporated in New Castle, Pennsylvania, and quickly became one of America’s premier fireworks manufacturers.

Now this 100-year tradition and art have been enhanced with the innovations of a new generation of the Vitale family.

According to its president Stephen J. Vitale, “Pyrotecnico will continue to set the standard for pyrotechnic excellence throughout the U.S. and the world.” Tradition, creativity, innovation and technology are the ingredients that will help Pyrotecnico paint the heavens with light and sound for generations to come.

Producing over 2,000 displays this past year, Pyrotecnico is one of America’s largest and fastest growing fireworks companies.

Home » Things To Do » Featured Attractions » Fireworks Capital of America