Formed in 1848, Lawrence County was named after Admiral James Lawrence whose famous quote “Don’t give up the ship” was spoken at the Battle of Boston Bay in 1813. Without the community and many volunteers who work tirelessly to coordinate events, we wouldn’t be able to promote as much as we do. 2017 has come, but won’t be gone before we share our top stories and happenings of the year with you.

New Castle produced the theme, Fireworks Capital of America because at one time there were more fireworks manufactured in Lawrence County than in any other part of the United States. This year’s Light Up Night paid homage to just that, with a larger than life 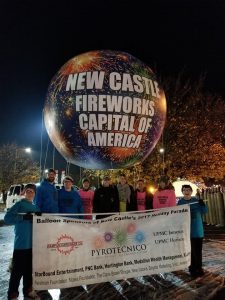 parade balloon. With the help of Starbound Entertainment and generous donors, New Visions for Lawrence County unveiled the balloon fit for a Macy’s Thanksgiving Day Parade. Not only did New Visions revamp the parade with a float competition, but they raised money for new Christmas lights for the tree lighting. But wait there’s more! In partnership with the Lawrence County District Attorney and New Castle Police, an ice skating rink was opened downtown for the holiday season.

New Wilmington home to Westminster College was the first U.S. school to award Bachelor of Arts degrees to women. And in New Wilmington, Woman do run the world. Dr. Kathy B. Richardson is the first woman President of the University, a group of fantastic woman run LIVE New Wilmington and their Mayor is a woman also! This year New Wilmington borough was awarded an $80,000 grant to build a new amphitheater.

Wampum is named after a bead used as currency between Native Americans. This year the community of Wampum stayed true to its name by coming together to raise money to purchase new lights, lanterns and Christmas decorations for the town.

Volant, which is Latin for “they fly” was named in 1874, after hunters exclaimed “volant” as ducks took flight from a local pond and man did Volant fly high this year. Many events 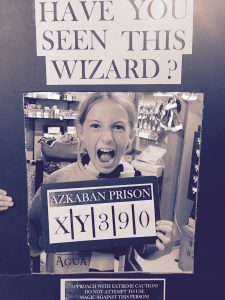 are held every year in the village of Volant, but two took them soaring to new heights: Potterfest and Witches Night Out.  Potterfest, which was everything Harry Potter (see previous blog post), gained regional press, hype among devout Potterheads and had people traveling from more than 4 hours away. Fast forward a few months, people were firing up their broom sticks to head to Witches Night Out. The shops and restaurants are all located within a distance of 1/8 of a mile. And these events had people spilling over into the streets. Take a moment to let that digest.

S.N.P.J. is the smallest borough in Pennsylvania with 12 residents. This little borough pumps out very well attended festivals like Brew & Bean, Wine & Sausage and Slovenian Festival. Speaking of Slovenia, they have a Slovenian Heritage Museum connected to the recreation center.  In the recreation center is their Alpine Room -a wedding hot spot which was remodeled this year. They also remodeled the Heritage Pavilion for outdoor weddings and event and the Lakeside pavilion was remodeled for ceremonies complete with refurbished pews from the Catholic Diocese of Pittsburgh and new lighting.

Ellwood City ‘s Lawrence Avenue is named for Lawrence County. This year Lawrence Ave. and surrounding streets welcomed 12 new businesses! Absolutely amazing! The Ellwood City Area Chamber of Commerce has been doing an excellent job of welcoming each business with a ribbon cutting ceremony and promotion.

Moraine State Park and keeps going. Because of the NCT, Wampum was the first designated trail town in Pennsylvania and the title is much deserved.  Volunteers from the Wampum Chapter of the NCT have worked tirelessly to keep the trails maintained and up to date. Dennis Garret, President of NCT Wampum Chapter received the leadership award from the North Country Trail Association for outstanding leadership. Under his leadership they have improved relationships with Trail Towns and Landowners, raised funds to develop parking lots and hiker shelter, negotiated with 11 landowners to move 6 miles of trail off road, developed a consistent schedule of events and more. 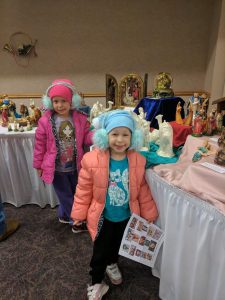 Spirituality Center hosted over 550 groups of adults this year (over 6,000 participants) and hosted 40 groups of children and youth (over 1,500 participants). The Villa Maria Farm gave away 17,000 pounds of produce to the needy and donated produce plant starters. The Farm is transitioning all of their field crops to certified organic. It’s a 3 year transition process and 2018 will be their second year. Also, they became eligible to receive a $4,312.63 grant from the USDA for a conservation plan supporting organic transition for crops and livestock.

A rose bush growing on a cottage was the inspiration for Rose Point’s name. This past year, Rose Point Park Cabins & Campground was awarded the Most Creative Activity in 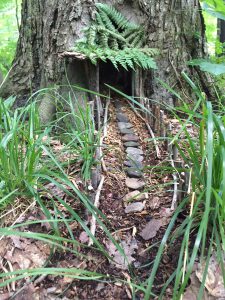 the state from the Pennsylvania Campground Owners Association.  Have you ever looked at their activities list for their guests? You’ll never grow bored there! The activity which caught the Associations attention was their Wizards, Fairy’s and Trolls Weekend where they created an Enchanted Forest complete with Fairy Houses.  The day’s activities began with a “Potions Class” of making “Goop”,  “Gack” and “Slime”, all made with simple household ingredients. Followed by a walk into the Enchanted Forest where about 15 fairy houses were hidden.  After exploring the Fairy Houses, each child launched a “Wish Boat” made of a candle on a piece of bark. The Grand Finale of the evening, back at the park, was a stunning performance of “Fire Dancers”. 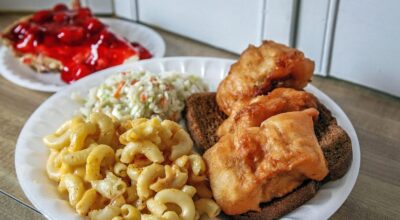